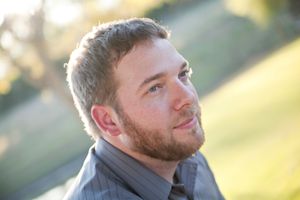 Singing the baritone part for Gospel Express is Heath Kirkwood. Although Heath was born out of state, he is ever proud to acknowledge that he was raised in Texas. Heath and his wife, Amanda, currently reside in Robinson, TX with their two children, Norah and Riley, not too far from where Heath serves as Lead Pastor at First Baptist Church in Lorena.  He earned his Bachelors of Music Education (2007) and Masters of Music Performance (2009) from the Moores School of Music at the University of Houston, as well as a Master of Divinity in Biblical Studies and Theology from the George W. Truett Theological Seminary at Baylor University.

Heath joined Gospel Express in August of 2002 at the age of 17. He constantly admits how much of a blessing it is to be singing with a group of men who have true hearts to minister and be servants for God's glory.